There are a lot of languages in the Balkan region today, but 30 years ago while Slovenia, Croatia, Bosnia and Herzegovina, Serbia, Montenegro and Macedonia were Yugoslavia, there was one official language for everyone, and it was called Serbo – Croatian or Croatian – Serbian language depending where it’s was spoken. Today the scenery is a bit different while every nation has its own language, except in Bosnia, where they speak something I like to call “depends who you ask” language – meaning most people have different opinions on which language they are speaking. Nevertheless, we all understand each other.

I would like to share with you a discussion I had with a friend from Spain a couple of years ago when we were talking about languages in the Ex – YU Balkan region.

– So, tell me, in Serbia, you speak Serbian, right?
– Yes.
– And in Croatia, they speak Croatian?
– Yes.
– But you completely understand each other, like it is the same language?
– Yes.
-And in Montenegro, they have their own language, like Montenegrin?
– Yes.
– But, again, you understand each other?
– Yes.
– So, I guess they speak Bosnian in Bosnia?
– Well, they have three official language, Bosnian, Croatian and Serbian.
– Is Bosnian any different from the first two?
– Well, basically no.
– What about Slovenia and Macedonia, I’ve heard they are somehow different?
– Yes, but we still all understand each other, more or less.
– More or less?
– It’s like a different dialect and/or a different way of pronouncing words, some words are completely different, but usually you get it out of the context.
– Ok, but then why isn’t it all the same language?
– Politics! Or, because of something I like to call the narcissism of little differences. All the countries that were constituting Yugoslavia needed little differences to create their own nation states, but that’s a whole different story.
– Wait, lets take a step back, which language do you speak when you travel around the region?
– Serbian, and yes, everybody understands me, when Croatians travel around, they do the same, as do people from all over the Ex – YU region, and everybody understands everybody.
– This is confusing.
– So is the Bosnian political system, don’t even get me started on that.
– What? Wait a second, you all have different languages, but you all speak your own language and you understand each other.
-Yes, you finally got it!
– No, now it is even more confusing.
– OK, let me try with an example that is close to you. Spanish from South America, Argentina, Uruguay, Mexico, all the Spanish speaking countries, is different from your Spanish, but you understand each other completely, correct?
– Except for the Chileans, they claim they speak Spanish, but we call it the Chilean language.
– It is the same here with the Slovenians, we could call them the Balkan Chileans, but now do you get it? Why so many languages and we still understand each other?
– No, I don’t, because we all speak THE SAME LANGUAGE, SPANISH! And you all speak different languages and understand each other!
– Touché my friend. And although you think you didn’t get it, you got it. 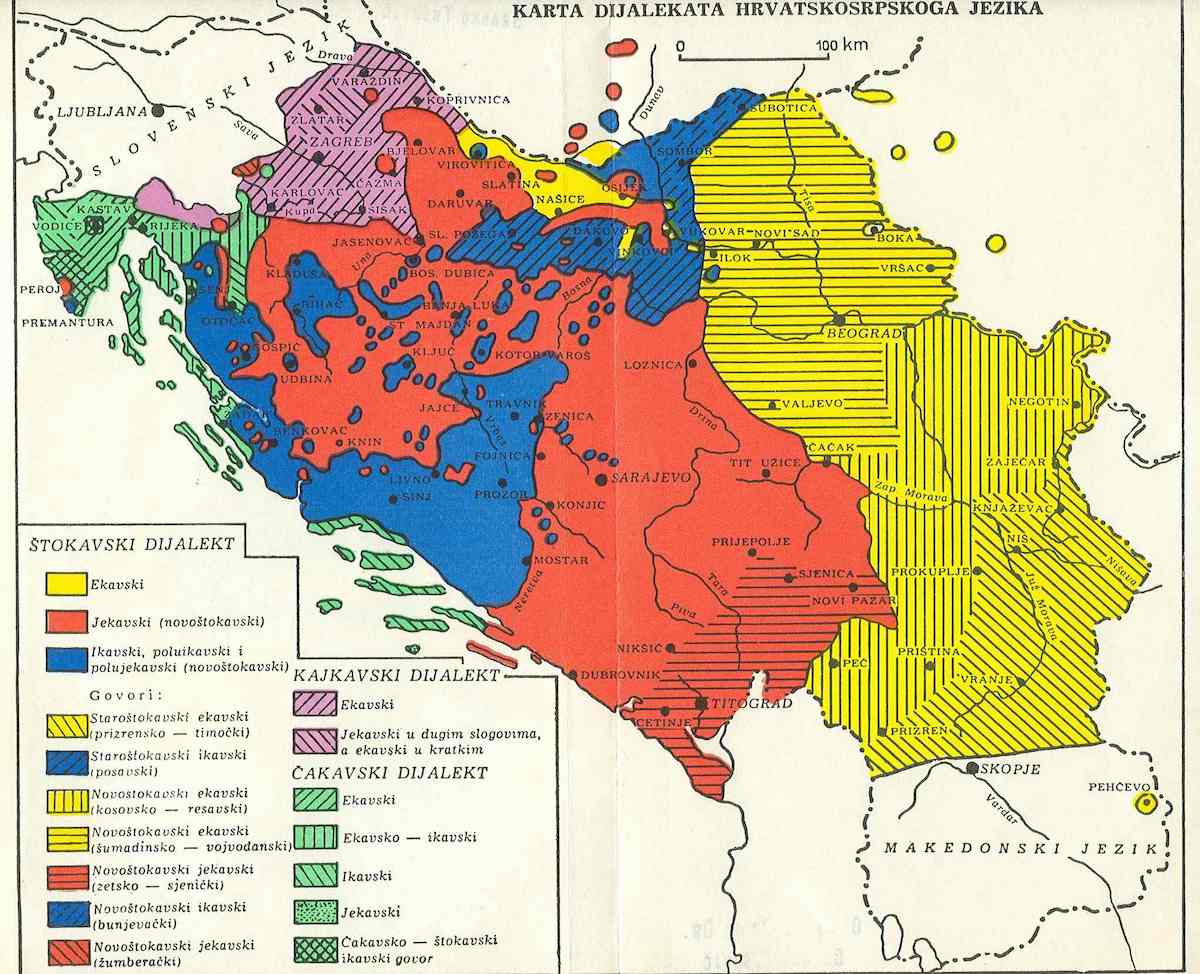 We ended the conversation here and laughed concluding that there is no logical reason for so many different names for similar languages, except for politics and the narcissism of little differences. When you find yourself around the region, ask about the languages, the similarities and the differences, I am absolutely sure you will have a lot fun learning about it and hearing stories.

Did this make sense in the end? Feel any better in understanding the commodities and differences between languages in the Balkan region? Catch a plane and ask around the common folks, I’m sure they have many tales to tell.

2 thoughts on “Language politics became the language OF politics”

PrevPreviousAahhh Istria: the sea, the beaches, the vampires… Wait what?!
NextFew things you need to know about Balkan people before coming to BalkansNext
Menu